How does a develoPPP.de project start? BioTropic as example 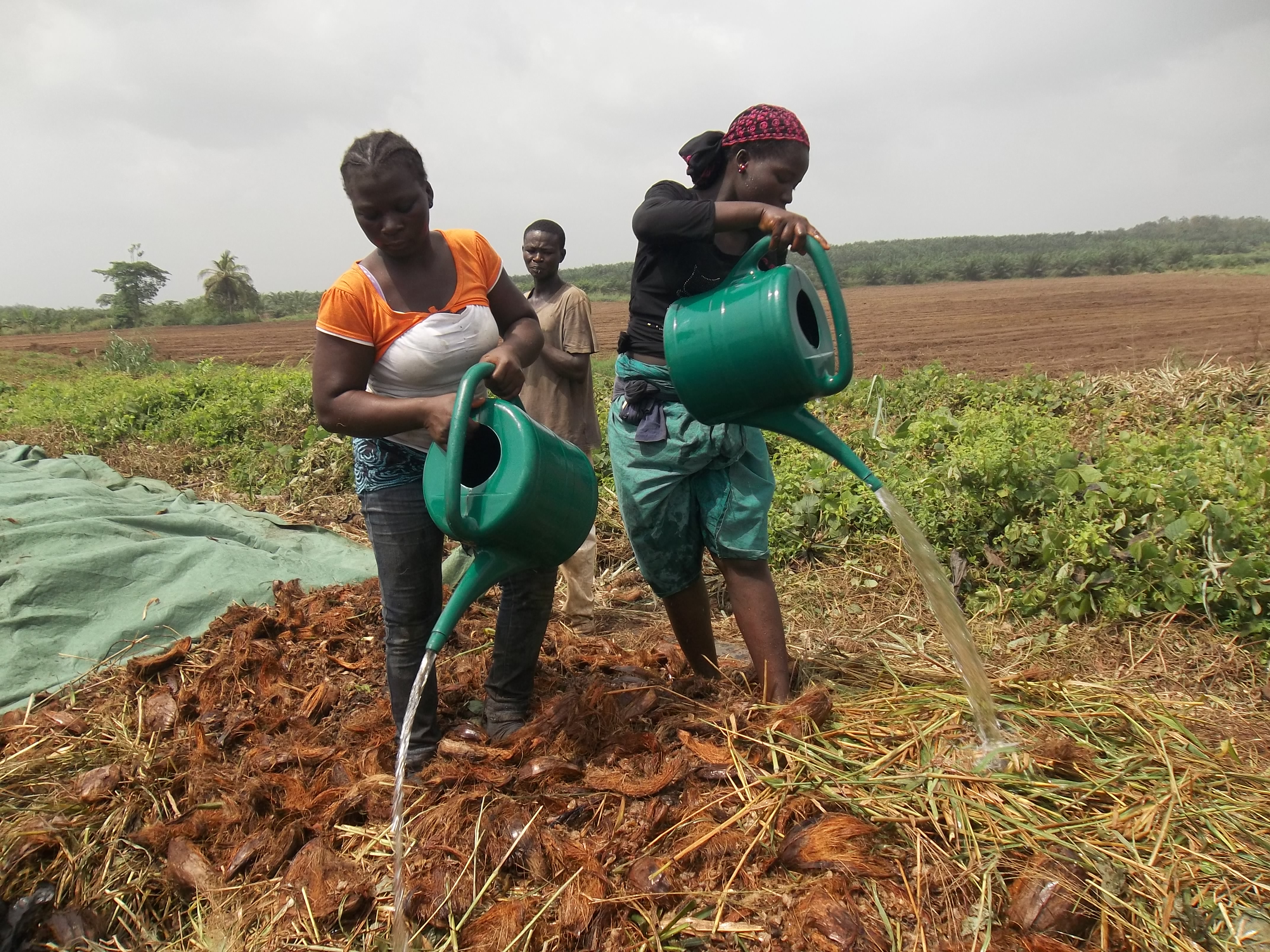 You have probably often read about develoPPP.de projects in our news. Perhaps a project in the Dominican Republic or the Ivory Coast … But what exactly is develoPPP.de? Why do we use this and can anyone get involved?

• Whether the qualification of local employees, use of climate friendly technologies or social standards in production sites – the objectives of private companies and the actors involved in development cooperation often overlap.
The Federal Ministry for Economic Cooperation and Development (BMZ) therefore promotes, with the develoPPP.de programme, the commitment of the private sector at the point where business opportunities and development policy initiatives intersect.

• The following minimum criteria must be ensured: the annual turnover of the private company must be at least one million, the company must have at least 10 employees and have completed three operative business years.

• A develoPPP.de project usually has a duration of two years.

Our first successful project was in 2007 with the Milagros cooperative in the Dominican Republic. This was followed by a project on the Ivory Coast where we helped a grower cooperative convert from conventional to organic cultivation – the first organic cultivation in the whole country! From 2013 to 2015 there was a further PPP in the Dominican Republic for the development of an ecopark.
At the start of 2015 the current project on the Ivory Coast began. The project partner here is, once again, the grower cooperative Ivoire Organics.

Why become involved in a develoPPP.de project?

Sustainable development cannot occur without the involvement of industry. develoPPP.de pools public and private resources with the goal of improving the living conditions of the people in developing and emerging countries in the long term – and precisely there where there is a particular need for action. The cooperation with the private businesses is advantageous when these know which economic sectors offer future orientated perspectives. Looking at the example of BioTropic, this involves secure jobs, sustainable agriculture with organic cultivation etc. In addition, companies assume 50 per cent of the costs themselves which means they will consider where workforce and money are to be invested very carefully. A develoPPP.de project should, therefore, have a clear added VALUE for all involved. Furthermore, such projects are also usually transparent due to their structure which makes them credible as every step and each detail must be documented.

The objective of our project idea: the funding of the agricultural and food sector of the small local farmers of Ivoire Organics on the Ivory Coast.

How is it possible to get public funding? Here our contact is not the BMZ but one of three implementing organisations which work on behalf of the BMZ – the DEG, GIZ or sequa. These partners help the companies which are interested in receiving funding to plan, finance and realise their involvement.
This now means waiting for the right moment: within a half-year there are four application phases in which a project idea may be submitted. In the current project we have chosen DEG, the Deutsche Investitions- und Entwicklungsgesellschaft mbH. We have already worked together and had good experience with regard to flexibility and project understanding. We were, therefore, very pleased when our project idea was accepted by the DEG.

We then had to get to work at the details: we developed a detailed project concept. During the course of days and weeks our BioTropic employee Udo Bürk and Africa project manager Kuemkwong Siemefo pored over papers and compiled exact calculations regarding costs, time plans and individual project stages. A contract was then finalised been us and the DEG which included individual, defined measures.

Examples from the contract:
- the purchase of a tractor and diverse harvesting equipment
- purchase of fixtures/fittings for the packaging station
- training
- rehiring of local small farmers
- acquisition of additional land for pineapple cultivation
- the introduction of social standards in accordance with BSCI (Ivoire Organics is already Naturland certified)
- and much more

The BMZ can provide funding of up to 200,000 euros although not at once. We have an obligation to provide evidence of the project at certain dates. The evidence which is used is checked by a sworn and independent auditor chosen by us. Changes in the contract are possible e.g. if a trailer is required instead of a tractor although the reason for this must be given.

A standardised procedure isn’t always immediately possible in reality. If, for example, you have to provide evidence of the income of small farmers you must realise that many people in developing countries don’t have their own bank account. Providing evidence, therefore, may be more difficult than you think.

The other half of the costs are assumed by BioTropic. We are, however, not only financially involved in this project but also personally. Africa project manager Kuemkwong Siemefo and his colleague Marnie Kathem are regularly on-site on the Ivory Coast to oversee the project in person. Their visits include training, soil analyses, compost trials and more. (Link 5)

The project plan on the Ivory Coast is currently being realised and is due to finish at the end of 2016. The farm machinery which was set from Germany in March, a plough and harrow, is now being prepared for pineapple cultivation. This work will also be recorded in an interim report and sent to the DEG.