Oranges from Sicily: happiness in the red skin 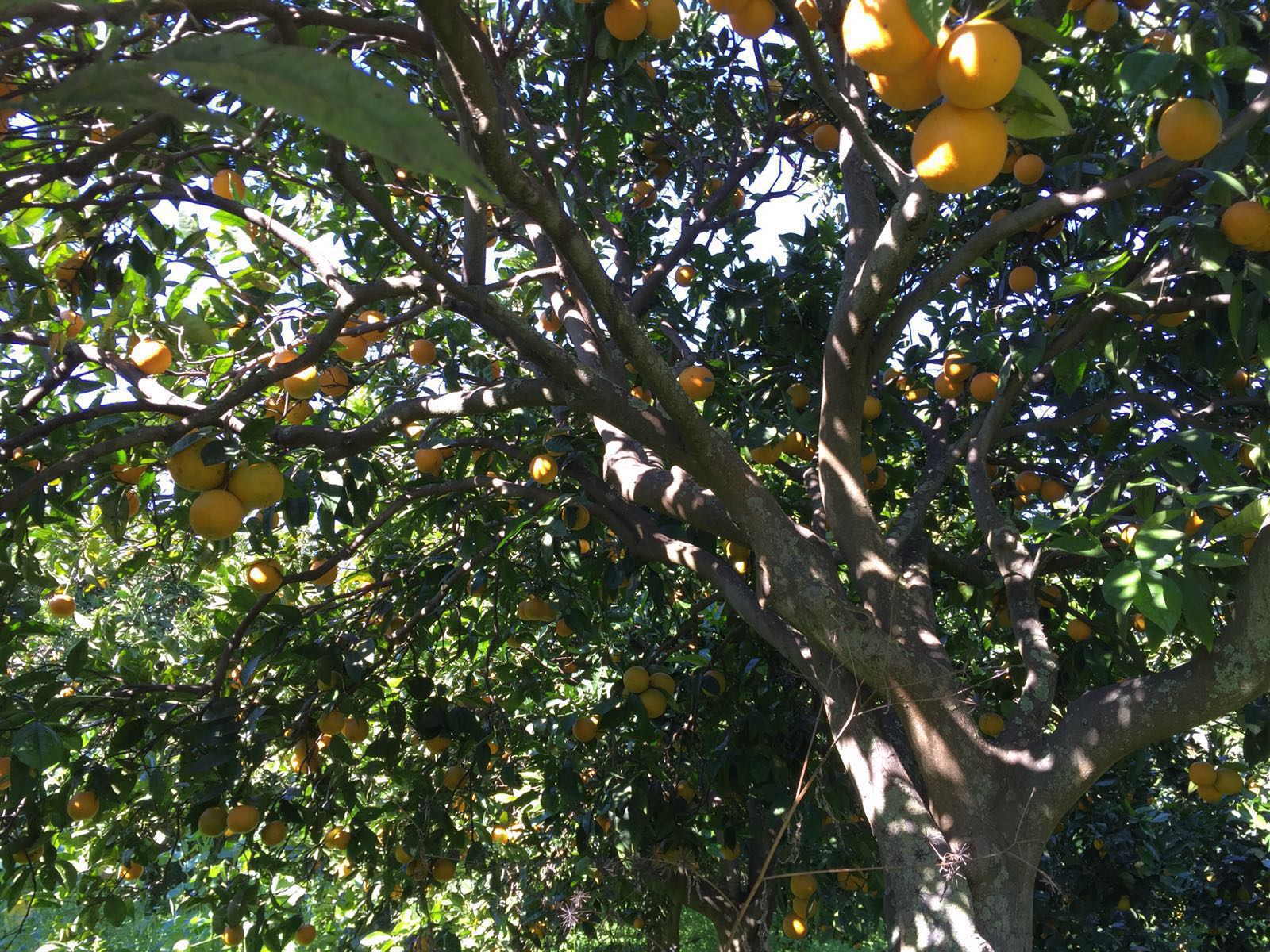 Some of the world’s best oranges grow at the foot of the Mt Etna volcano on Sicily. Tarocco, Moro and Navel are the varieties. The volcano, which is the tallest active volcano in Europe, provides a fertile soil and special microclimate which is particularly good for the fruits.

The season on Sicily begins in November with the Navel standard variety which is followed by the Tarocco in January, the Moro and Ovale varieties between March and April, and the Valencia from the end of April to June.

Now, therefore, is the season for the Tarocco. This is a wonderful orange, enthuses our operations manager Doris Thewes in Italy. An orange which has a flesh so tender that it almost melts in the mouth as it is so juicy and which is accompanied by a distinctive sugar-acid balance and very aromatic taste. The Tarocco is a half-blood – its flesh isn’t quite as red as the other blood oranges but remains partially red-orange – more or less so depending on the temperature differences at night. This is because all blood oranges require frosty nights in order to develop their attractive dark red colour.

The Moro has a slightly more bitter taste and a thicker, robust skin – it is well known for its plentiful aromatic juice which makes it ideal for juicing.

The oranges originate from, amongst others, the Sicilian organic family farm Lo Bianco which has orange groves near Syracuse, in west of the island, and which has been in partnership with BioTropic since 1998. Today, Lo Bianco is a varied business which specialises in the cultivation of organic fruit and vegetables – besides oranges, it also grows lemons, melons, endive, carrots, fennel, paprika, onions and courgettes.

“The way things look at the moment it will be a great production year in Italy,” says Doris Thewes. The mild winter brought plenty of sun and, with this, light and, as there was less moisture, there were fewer plant diseases. Everything is growing very well. “The farmers are very happy,” says Doris Thewes and laughs.