Aftermath of storm damage in the Dominican Republic 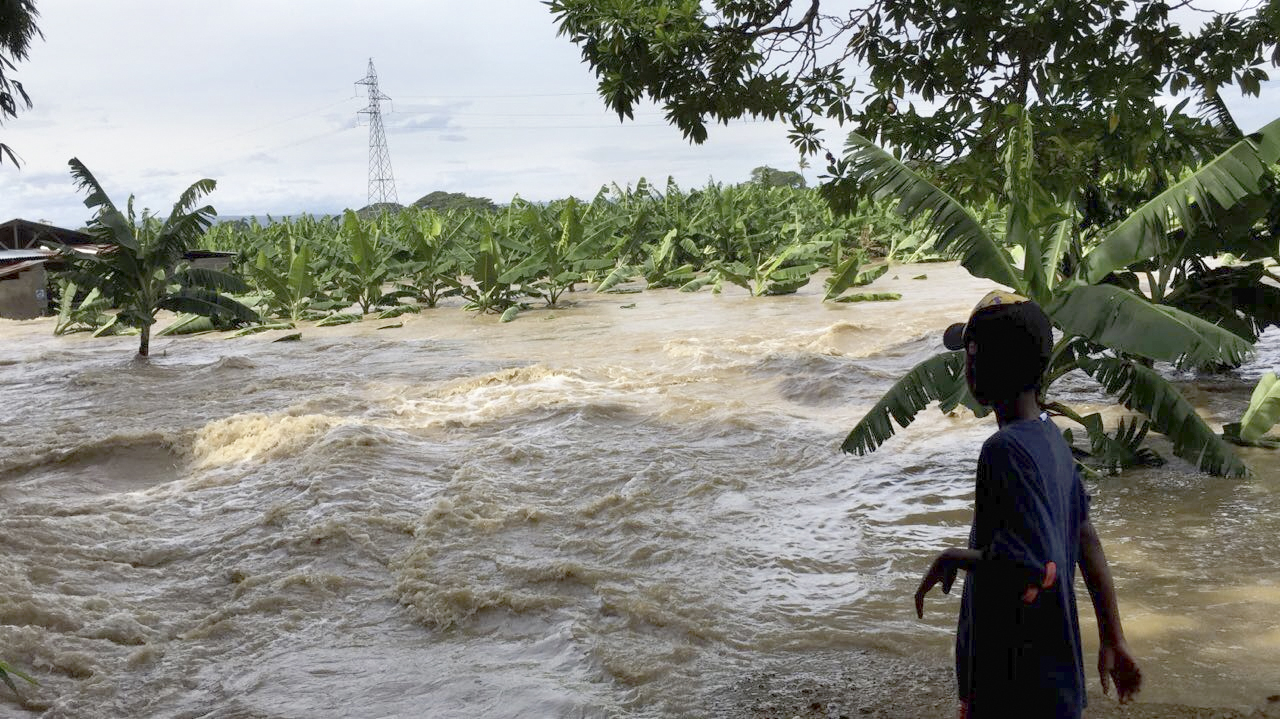 Volker Schmidt is an agricultural engineer and our on-site tropical expert in the Dominican Republic. Born in Germany, he has been living in the north of the country since 2002, where he runs our BioTropic office. He checks all the processes that Milagros bananas go through, from their cultivation to their transport to Europe. He also travels regularly to Costa Rica, Ecuador and Peru, where our producers grow organic-quality avocados, ginger, turmeric and mangos. Schmidt maintains close contact with local organic farmers and assists them with any questions they have.

Schmidt writes to us from the Dominican Republic:
"We have had two hurricanes this year (2017); first Irma and then Maria. We have been very badly hit by the extreme weather conditions and we have suffered losses of around 50 percent - in areas that we had only replanted a year before.

It started at the end of August 2017, when the severe winds brought by Hurricane Irma caused losses of 15-20 percent through wind breakage. In forestry and agriculture, wind breakage denotes plants that break or snap under the influence of the wind. In this case of course, it was the banana trees. However, trees affected by wind breakage generally grow back, as the rootstock underground is able to sustain new shoots. This means that it normally only takes a few months for the banana crop to stabilise.

However, in this case, Irma was immediately followed by Hurricane Maria. And what was particularly dangerous this time round was the absolutely torrential rainfall. The entire banana growing area around the Mao region was flooded. The problem with flooding is that the rootstock is no longer able to absorb oxygen, as the supply is cut off by the water. When this happens, the plant simply dies and the crop must be replanted.

The Villa Lobo finca was especially badly hit: it had already been affected by flooding accompanied by a dam break back in November 2016. Our response to that was to reinforce the dams around the finca and raise their height. This and the replanting had cost us around 100,000 US dollars so far. The dams would have been able to withstand moderate flooding, but nothing of the magnitude we experienced this year. The losses sustained this time were as high as eighty percent. On top of it all, the huge of amount of water favoured the growth of the Sigatoka fungus, which damaged both the plants and their fruits. For all these reasons, the export quantity of Milagros bananas has suffered. Once again, we will have to replant, which is a complex and expensive process. It also means that we will only be able to harvest the crop in a year’s time, since the plants need time to grow and the fruit needs time to form.

Everybody is talking about global warming. Here in the Caribbean, the consequences are clear for all to see. Storms in this region are a natural occurrence, but they have become stronger in recent years as a result of rising sea temperatures. The catastrophic impact has of course not only affected Milagros bananas but also the population and the environment in general. We hope that we will be able to overcome the situation soon.

As well as dealing with the banana crops, we are supporting the Villa Lobo football team by providing new strips and shoes, to motivate the employees. Of course, that won’t make the bananas grow any faster, but sports and games serve to strengthen the sense of community here.”