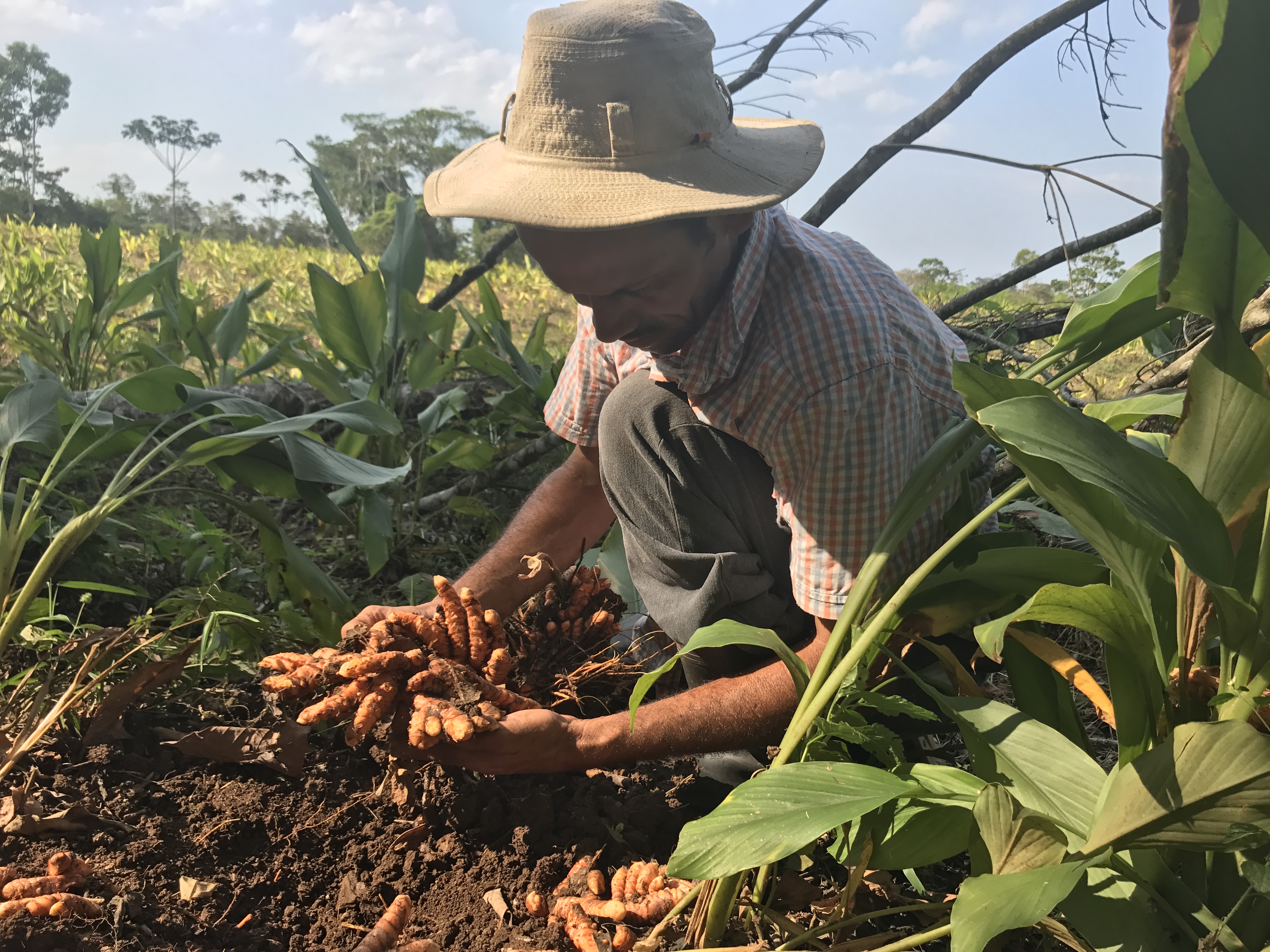 In late 2016, we opened a subsidiary in the Central American country of Costa Rica. Lisbeth Mora is the local operational manager. She works closely with Volker Schmidt, our agricultural engineer in the Dominican Republic.

Our organic producers in Costa Rica are mainly small-scale farmers who grow ginger and turmeric in organic quality. Lisbeth Mora visits the fields regularly: “I like to see the products directly for myself. For me this is the most effective way of assessing the best time to harvest the fruits and to determine when they have attained optimum quality. “.Following the field inspection, Mora makes her way to the packing station rented by BioTropic, where she monitors the process of packaging the exotic fruits. In addition, she is always on the lookout for interesting small producers of organic crops and those interested in moving over to organic farming. Mora provides them with support both in the changeover process and in export matters.

Adjacent to the packing station, there is a field of around 10 hectares that is dedicated to organic farming. BioTropic is expecting to harvest its own organic sweet potatoes here for the first time in the first half 2018. The packing station also accommodates the BioTropic office.

The packing station and office are located close to the city of La Fortuna in the north-west of the country – and in the middle of the production area where our organic fruits are grown.  The majority of our organic products come from the area around this city. One exception to this are the fields of Alcides Muriollo, which are in Upala, a region in the north of Costa Rica, close to the Nicaraguan border. Agriculture is Muriollo’s main source of income, and his whole family is involved in the process. Each family member has a role to play, be it in cultivation, marketing or business management. Moreover, Muriollo employs around 20 people from the local area. Muriollo planted turmeric plants for BioTropic for the first time in 2016.

A little information about turmeric

The turmeric plant needs around 6-9 months to develop in the soil. This means that it can generally only be harvested once a year. On the same day on which it is harvested, the boxes are transported by truck to the packing station, packaged in special export crates provided by BioTropic and stacked on pallets. Finally, the product is transported in a refrigerated container to the port of Puerto Limón, from where it is transported by ship to its destination port of Rotterdam in The Netherlands. From there it is taken to the BioTropic headquarters in Duisburg. By the way, like ginger, the turmeric tuber is not a root but a thick underground stalk or rhizome.

This small Central American country has no more than about five million inhabitants. The national language is Spanish and the security level is good. The most important agricultural exports are conventionally grown pineapples, bananas and coffee. International fruit companies such as Dole or Chiquita own huge plantations here that are polluted with pesticides and fertilisers. Nevertheless, Costa Rica is a world leader when it comes to climate protection. The majority of the electricity demand is served by energy from renewable sources, mostly hydroelectric power. This clean electricity has a positive impact on the country’s nature. More than 30 percent of the territory is a designated protected area. Thanks to our cooperation with the local people, we are furthering organic farming in the country, even though it is relatively insignificant in a worldwide comparison. The share in 2016 was less than 2 percent.

Costa Rican products are certified by: