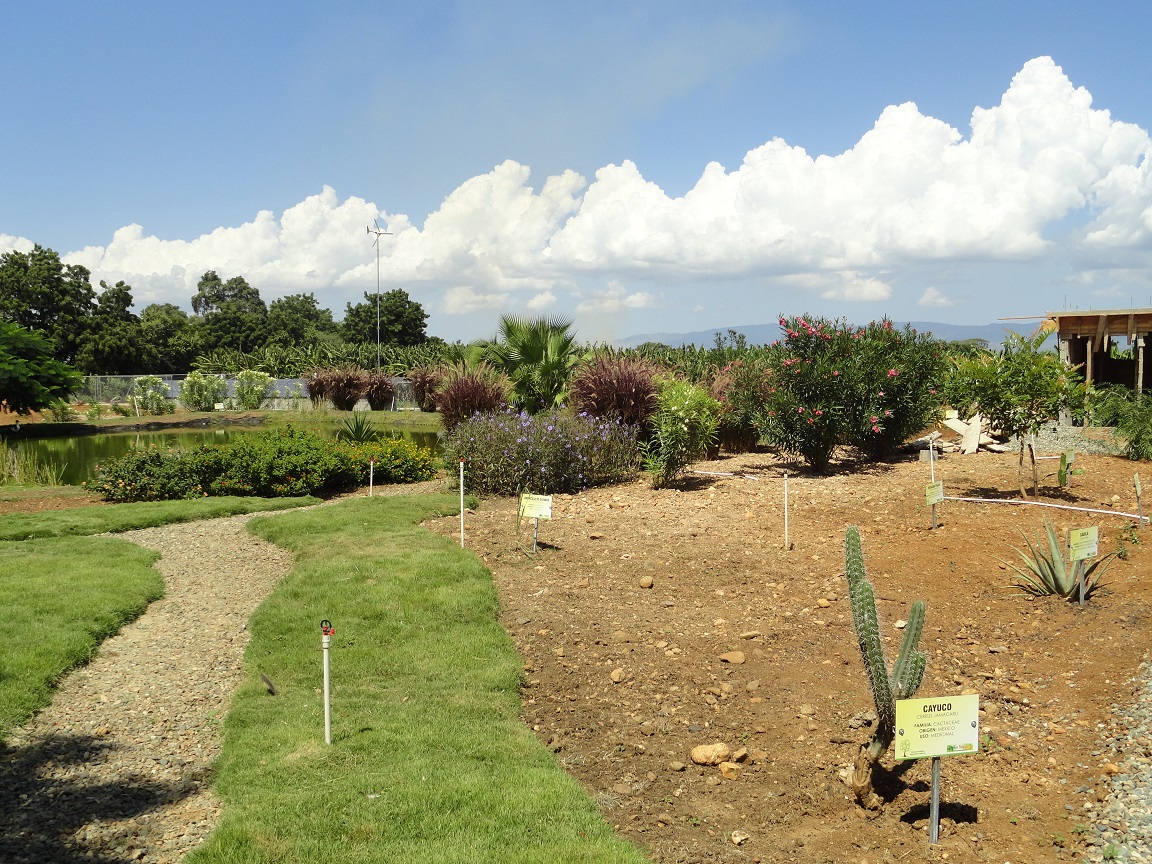 In 2015, the Ecological Centre Cibao opened on the site of the Dominican BioTropic office in Mao. The building of the approx 5 ha site lasted almost three years. The Ecological Centre Cibao specialises in research and education and plays an active role in increasing public environmental awareness in the region. Particularly pupils and students of this country benefit from the centre.

This project which was funded by BioTropic and the German Investment and Development Association as part of a PPP, developed from a simple idea. It was supervised by the Dominican BioTropic PPP team Volker Schmidt, Aquilino Cruz and active voluntary helpers from the development service “weltwärts”.

Sustainable water
With assistance from experts, a constructed wetland has been created and the stream flowing through it renaturalised. An irrigation system has been installed at the site to ensure that crops planted at a national average temperature of 30°C are able to survive. In addition, a pond of about 350 m² has been created and stocked with fish; this also forms the collection basin of the irrigation water. A photovoltaic system supplies the power for irrigating the plants growing there.

Fruit and vegetables
In addition to a 600m² greenhouse for vegetables, there is also plenty of space for cultivation outdoors: tropical crop plants such as tapioca, sweet potatoes, pineapples and plantains, but also endangered plants have found a home on the site.
A nature trail with presentation panels guides visitors around the individual stops. The crops grown are sold in the town.

Light on
A wind turbine and photovoltaic system have been constructed to be able to resort to a green power supply. The photovoltaic system is already up and running and in the meantime it already has cut the electricity bill of the Bio Tropic office by a considerable amount.