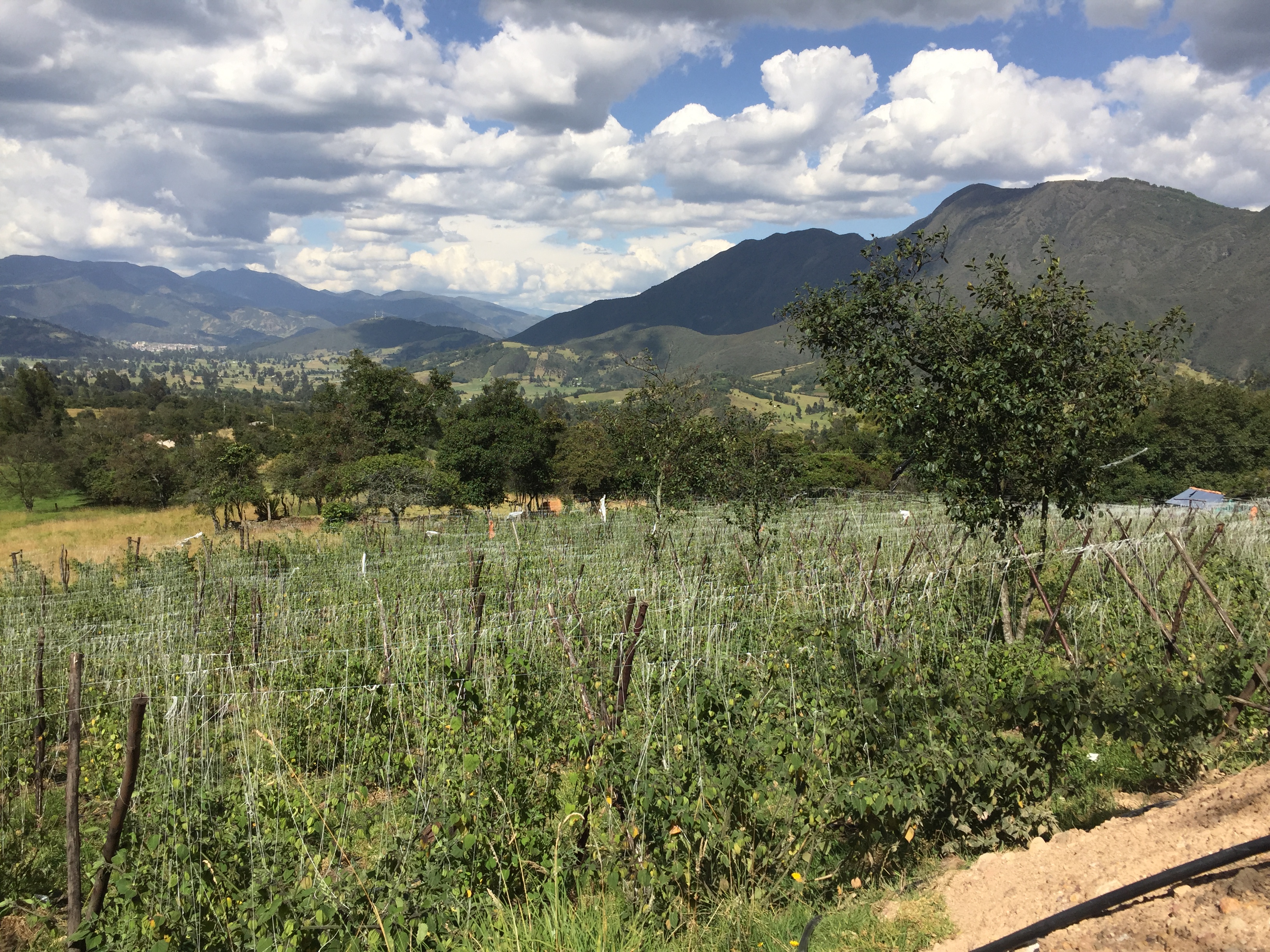 Johan Beckers is the Founder and Managing Director of Andes Export. The Colombian company not only exports, but also grows physalis and other exotic fruits itself. They have found customers all over Europe and in the USA. Beckers’ aim is to turn the golden yellow Andes fruit into a well-known, everyday snack. “The fruit is often just a decorative object in Europe. It really is such a shame”, he says.

Beckers – who moved to Colombia from Belgium in 1999 – soon became specialised in physalis and started growing his own. Organic certification followed in 2012 – a logical progression.

His physalis plantation is situated near Tunja. The city is located inland in the Andes, at an elevation of some 2,800 metres above sea level. It is regarded as Colombia’s highest-situated major city. Beckers does not work alone. His partner is the organic producer organisation “Bio Napoli”. The plantations of these farmers are just a few hectares in size.

Our Dutch Operations Manager Ronald Vianen recently visited Johan Beckers and managed to have a good look at several of the physalis farms. He explains: “One of the farms that I visited is run by Ada and Carlos with their three children. They produce their own compost. They receive technical support from an experienced 72-year-old agronomist, who develops his own fertiliser containing herbs and flowers which grow on the farm. It was really interesting.”

The local climatic conditions are ideal for the delicious fruits of Andes Export – a mild climate with many hours of sunshine. That’s why physalis is available throughout the year over there. The most aromatic fruits are harvested between mid-October and the end of November – these months are the peak season. The berries are carefully picked and brought to the packing station. It is mainly women who package the fruits; it is said that this is down to the fact that women have the gentle touch required for the delicate physalis.

Andes Export reuses its own physalis seeds. The first berries are fully ripe after six months. Four months later, the plant achieves its maximum output. After a year and a half, the plantation is then regenerated to ensure that the quality of the fruits remains tip-top.

Physalis tastes intensely sweet yet tangy and is a real eye-catcher: bright yellowy-orange berries – similar to small lanterns – which are wrapped in dried calyxes. The exotic fruit is packed full of antioxidants and is a good source of Vitamin C and Beta Carotene. It belongs to the nightshade (Solanaceae) family and is related to the tomato. You can eat physalis fresh or processed into jellies and jams.