Organic kiwis from Chile for BioTropic 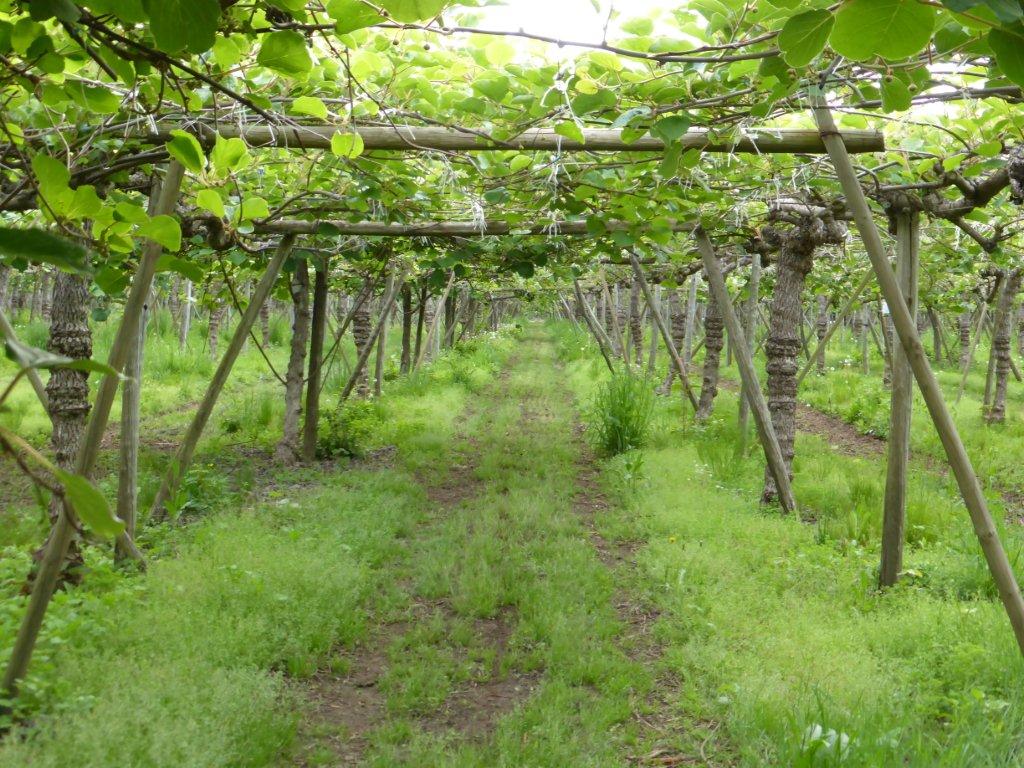 The season for Chilean kiwis has begun: we will receive our first kiwis from the South American country in the middle of this month. They have been grown on Ignacio Lopez Olaldes’ finca “San Roque Farms”. His finca is located in the fruitful ‘Región del Bío-Bío’ at the heart of Chile. The favourable climatic conditions there guarantee not only delicious kiwi fruits, but also that the area is regarded as the biggest wine-growing region in the country.

The “San Roque Farms” have been owned by the Lopez Olaldes family since 1979. The first organic kiwis were planted and exported in the mid-1980s – by Ignacio’s father. Today, the kiwi plantation is around 13 hectares in size. Ignacio also cultivates green asparagus as well as blueberries and raspberries – all organic without exception. He even makes his own compost. Over 500 tonnes of the valuable admixture is produced every year. He keeps his own cattle on his finca for this purpose.

The kiwi variety grown on the “San Roque Farms” is the “Hayward” – a large, aromatic fruit. This is one of the reasons why it is currently the most important variety in the trade around the world.

Our Dutch employees Joep van Koevorden and Ronald Vianen went to visit Ignacio Olalde last November. At the time, the Chilean spring was in full swing and the future kiwis could already be seen as flowers.

On their trip, Joep and Ronald had an idea, which brings the actual fruit back into focus and places less emphasis on its appearance: to accept the kiwi as it has grown. In reality, this means that kiwis, which have grown together in pairs or in threes, are not removed during the harvest, but rather they are harvested and packaged. Many consumers forget or do not even know: despite all of the cultivation and effort, each fruit grows “wild” and “out of control”. This means that a plant in the field produces many different shapes – no fruit is the same as any other. We, as end customers, generally only see uniform fruits in the supermarket because many fruits, which do not correspond to our desired visual appearance, are not even harvested. But a “Double-Heart Kiwi” is still a perfect product as far as quality is concerned. Our motto, so-to-speak: let’s not waste – let’s learn to appreciate nature again.

Ignacio Lopez Olalde found this idea great. For him, this means less waste and more income for his efforts and those of his employees.
BioTropic will offer the “double” kiwi fruits in a special bonus pack – 10 kilograms per carton.

Our organic kiwis are only imported from overseas if no seasonal goods are available in Europe – i.e. between mid-May and November. They then come from Greece or Italy. In any case, the roughly egg-sized fruit is a small vitamin bomb. Just 2 to 3 kiwis per day can satisfy the daily requirement of an adult.