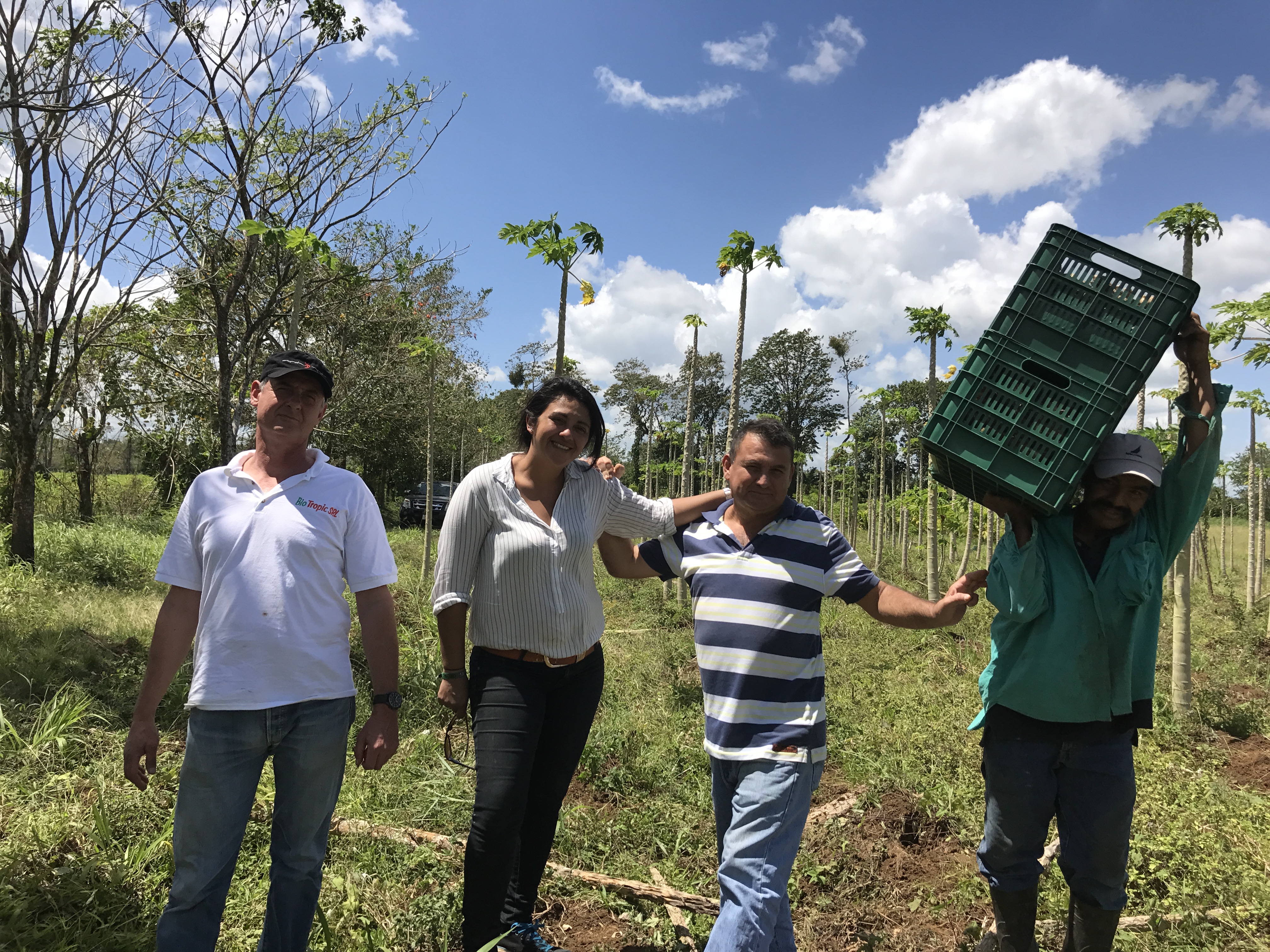 Just arrived in April: organic ginger and organic turmeric from Costa Rica. One of the producers is Alcides Muriollo who has fields in the area around Upala, a region in North Costa Rica near the border to neighbouring Nicaragua. Agriculture is Muriollo’s main source of income and his entire family of seven is incorporated in the process. Whether cultivation, marketing or business management, everyone has their role. In addition to this, Muriollo is also an employer of 20 people in the area for which the Costa Rican ministry named him, together with two other farmers, “Best producer of 2015”.

Muriollo cultivated turmeric plants for BioTropic for the first time in 2016. He is supported and advised by our Dominican agricultural engineer Volker Schmidt as well as his Costa Rican colleague Lisbeth Mora who is also the contact for the new BioTropic branch in the capital San José. More to follow on this later.
Another specialist is Armando Jiménez who has been working in Costa Rican organic farming for 20 years – as a grower and then also as an organic inspector. Jiménez is regarded as one of the central figures who are familiar with the local ins and outs of organic cultivation. He supports us with his in depth knowledge of pineapples, ginger, turmeric and sweet potatoes.


Turmeric information:
Turmeric, also known as yellow root, belongs to the ginger family. The finely ground powder of the bulb is well known for being the main ingredient of all curry mixes. Fresh turmeric, rubbed finely into dishes, provides visual as well as taste highlights. The curcumin colouring is responsible for its bright yellow-orange colour but care should be taken as hands, as well as your kitchen, can also be unintentionally stained with the dye. Turmeric is regarded as having anti-inflammatory properties and the spice also makes heavy dishes easier to digest. Oil or black pepper increases the body’s absorption of the active ingredient. Turmeric has been commonly used in ayurvedic and Indian cuisine already for thousands of years. The turmeric plant requires 6 to 9 months until it is formed in the soil and only one harvest is therefore possible each year. Incidentally, the turmeric bulb is, similar to ginger, not a root but a stem which thickens underground and is also called rhizome.


Ginger information:
Whilst organic turmeric is still a relatively new product in Costa Rica, ginger cultivation was a significant export factor in the country during the 2000s. However, various crop failures resulted in a decrease in ginger cultivation. Now, improved seeds are boosting Costa Rican cultivation. In Asia, the reed-type plant has been used as seasoning and as a healing plant already for thousands of years. Aromatic and slightly spicy, it livens up Asian dishes and can also help with colds. It is its essential oils which are responsible for the many effects. Alcides Muriollo has been cultivating organic ginger on an area of 2 hectares since 2015.


Costa Rica information:
The cultivating country of Costa Rica in Central America is not big and only counts five million inhabitants. The most important export products in the agricultural sector are conventionally grown bananas and pineapple. International fruit companies such as Dole and Chiquita own huge plantations here which are treated with pesticides and fertilisers. Despite this, Costa Rica is regarded as a worldwide pioneer in climate protection. Most of its energy requirements are covered by renewable energy sources usually hydropower. Clean energy also benefits the country’s magnificent nature. Through our cooperation with the local people, we help promote organic cultivation in the country.