Organic mangos from Apromalpi in Peru 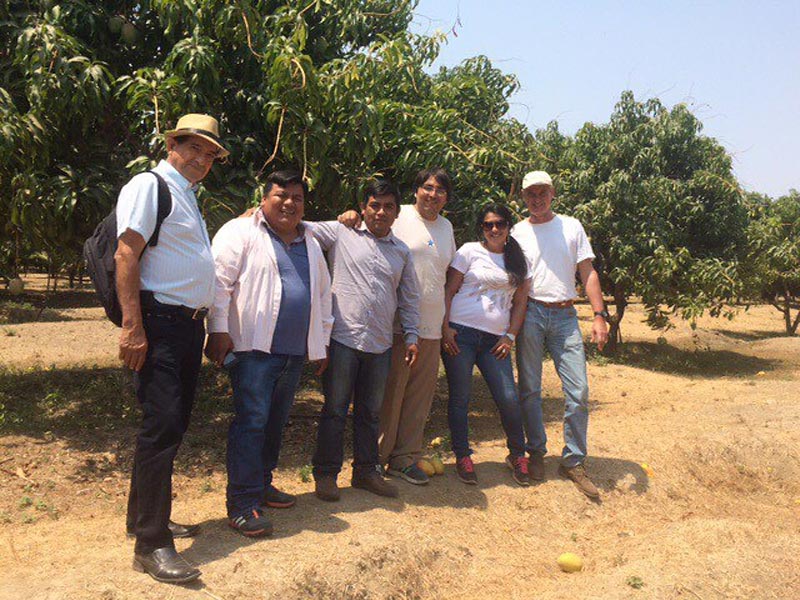 Small farming enterprises and worldwide export need not exclude each other. This is also proven by the Apromalpi cooperative in Peru which successfully grows and packages organic, “Kent” variety mangos.

The cooperative, meanwhile, has 150 members. These small farming enterprises have an average three hectares of land each and are scattered around the city of Chulucanas. The city lies in North Peru, in the region of Piura, at the foot of the Andes mountain range, near the border to Ecuador. Mangos are the most important source of income of the proud farmers of these smallholdings.

The Apromalpi members, who operate subsistence farming, grow solely organic produce on a area of 432 hectares of land of which 215 hectares are for mango cultivation. The rest is used for limes, cocoa and avocados. The start of the mango season in November is a busy time for the cooperative’s packing house. Around 1,600 tons of mango are harvested annually.

BioTropic has been working with the cooperative since 2009. Volker Schmidt, our agricultural engineer for South America, regularly visits the site. He recently visited Apromalpi again, this time with two colleagues. Together, they inspect the cultivation and the season is discussed with the farmers. Schmidt knows: “You can really feel the passion of the people for their jobs. You can see the pride of the producers – for having produced something and making a difference in the community – in their eyes. That is priceless and is something which makes me, as an agricultural engineer and, of course, also as a human, really happy.”

Apromalpi originated out of a merger of several mango producers in 1996. Since 2003 the group has also been Fairtrade certified. In 2004 they were together able to pay the costs for an organic certification and the official founding of the Apromalpi cooperative followed at the same time.

The joint freedom of action in the cooperative enables the smallholding farmers to achieve a higher income – without any middle men taking a share of the profit.
Part of the proceeds has also enabled the farmers to invest in improved cultivation: watering and composting measures were taken. Technical management is assumed by two agricultural engineers employed at Apromalpi. Volker Schmidt is certain that the central management of the field work is a basis for the success of the cooperative.

In the past few years the member number has grown continuously. Most of the members are more than 50 years-old. They have known each other for many years, not only as mango producers but also as a type of big family which has together created future prospects for the city. The mangos represent more prosperity for themselves and their children.

The Apromalpi mangos are wonderfully aromatic and juicy whilst the pulp hardly has any or only very few fibres. The Apromalpi farmers are convinced that people prefer to eat naturally grown mangos like these.