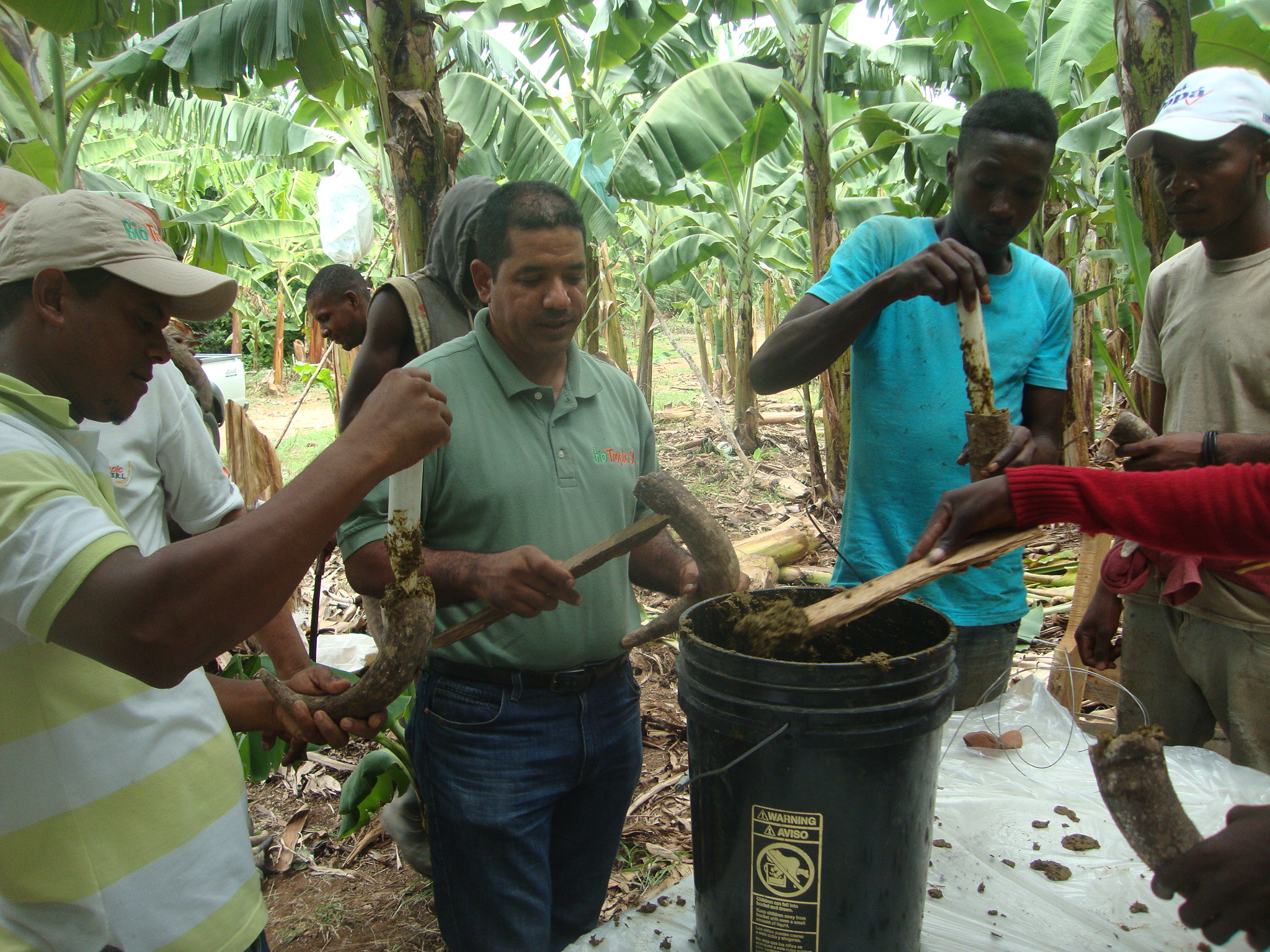 Bananas have been cultivated at the site – over a total of 15 hectares – in accordance with Demeter guidelines since 2013. A new insightful training session takes place every year and deals with topics such as Demeter movement, Demeter products and their prescribed storage and treatment. The three-day training session was led by René Piamonte, a specialist in the field, who travelled all the way from Colombia.

And what were the team able to learn? They learnt, for example, how they can produce their own biodynamic preparations. All preparations had to be purchased up until this point; two of the eight preparations are now produced by the team. These are called P 500 and P 501 in Demeter technical jargon – they are the spray preparations ‘cow horn manure’ and ‘horn silica’.

You can see the so-called ‘Cow Pat Pit' preparation’ being produced in one of the pictures: it is made up of cow manure, lime in the form of crushed eggshells, granitic dust and a set of biodynamic compost preparations. These ingredients are mixed together with shovels for an hour and the mixture is then ready to be composted underground for a given period of time. The result of this is the actual preparation, which is reminiscent of fresh humus and is later mixed with water and applied to the soil.

Biodynamic preparations are a type of vitalising remedy and have an impact on the soil and the plants, promoting sustainable soil fertility. A Demeter farm is regarded as a living organism with a largely self-contained circulation. Cattle farming is an absolute given, because the excretions of the ruminant animals are indispensable in the production of compost. Cultivation in line with biodynamic guidelines is currently considered the most sustainable form of agricultural activity.