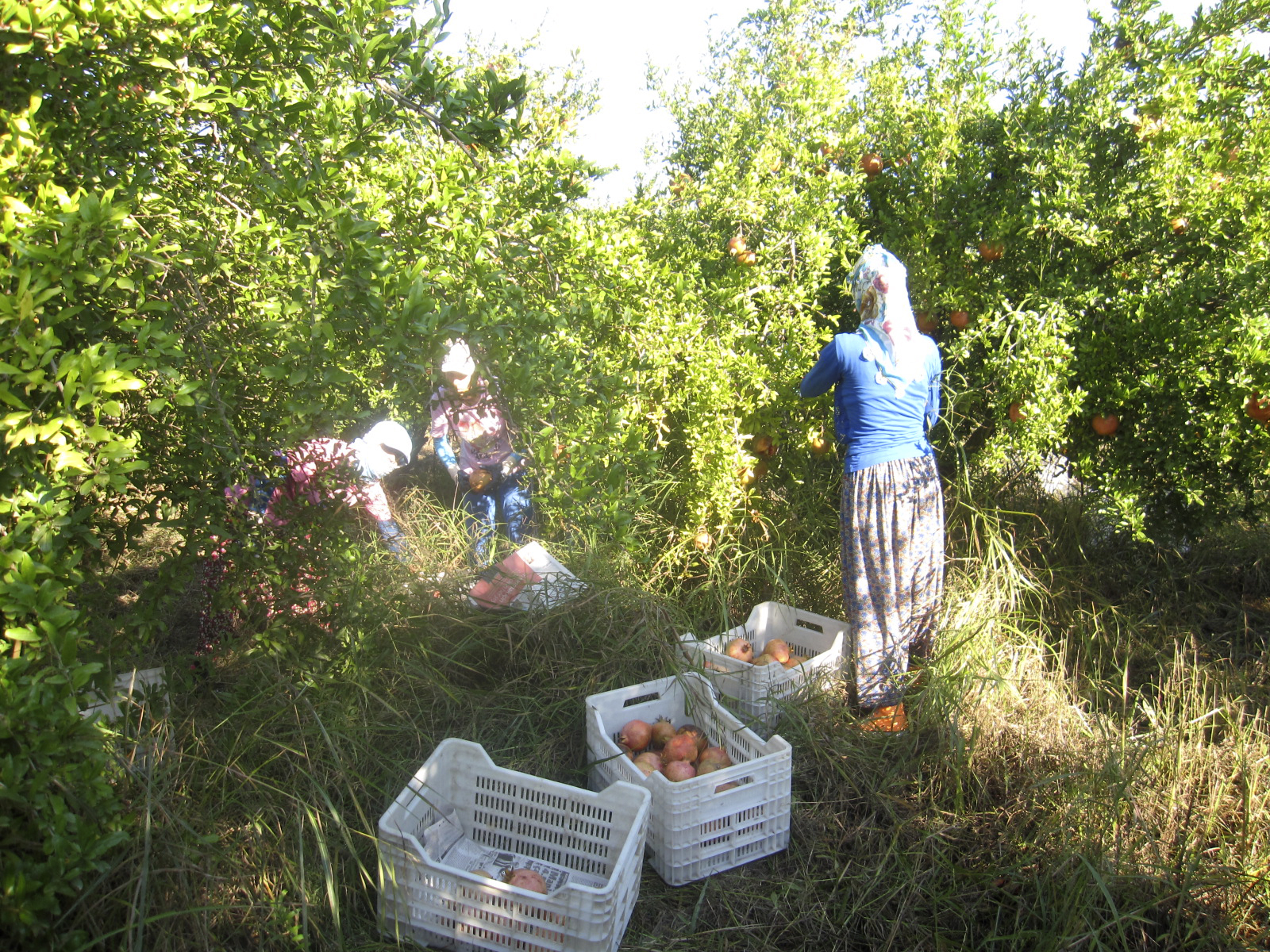 The pomegranate is a very old crop plant, which was even cultivated in ancient Egyptian gardens. Originally native to the area between Iran and India, the pomegranate has been grown and appreciated in the Mediterranean regions for a long time. In the ancient world, the fruit was known as a symbol of fertility because of its many seed kernels and in biblical paradise it is said to have been the apple from the tree of knowledge. Pomegranates are one of the more nutritious types of fruit. They contain many antioxidants, potassium and B-vitamins.

The community of growers, BASAK Tarim, in the Turkish Söke, situated on the Turkish coast of the Aegean, specialises in the beautiful fruit of paradise.

Our three Dutch BioTropic colleagues, Ronald Vianen, Joep van Koevorden and Sven de Jongh, visited BASAK Tarim in mid October. Mehmet Daldal, one of the four growers at Basak Tarim, collected them from the airport. He recalls that he and three other agricultural engineers founded BASAK Tarim in 1986 – they still constitute the partnership of growers today. In 2007, one of them decided to grow the pomegranates according to biological guidelines. As organic pomegranates were constantly asked for, the community decided to fully enter the organic business and built a modern warehouse with cooling facilities for organic fruit only. 600 tonnes of fresh pomegranates can be processed and packed there per season. In the meantime, BASAK has joined up to work with three pomegranate growers.

The big harvest begins in October and takes about 2 weeks. Once the pomegranates have been picked off the tree they no longer ripen. Therefore, it is important to determine the correct point in time when flavour and storage capability are perfectly coordinated. The colour of the outer layer does not necessarily indicate the ripeness of the fruit, but rather the variety of pomegranate, as there are said to be about 400 varieties. Their colours range from light red to dark red, the skin is fresh and leathery. Seeds can be light pink to bright red and are sour to sweet.