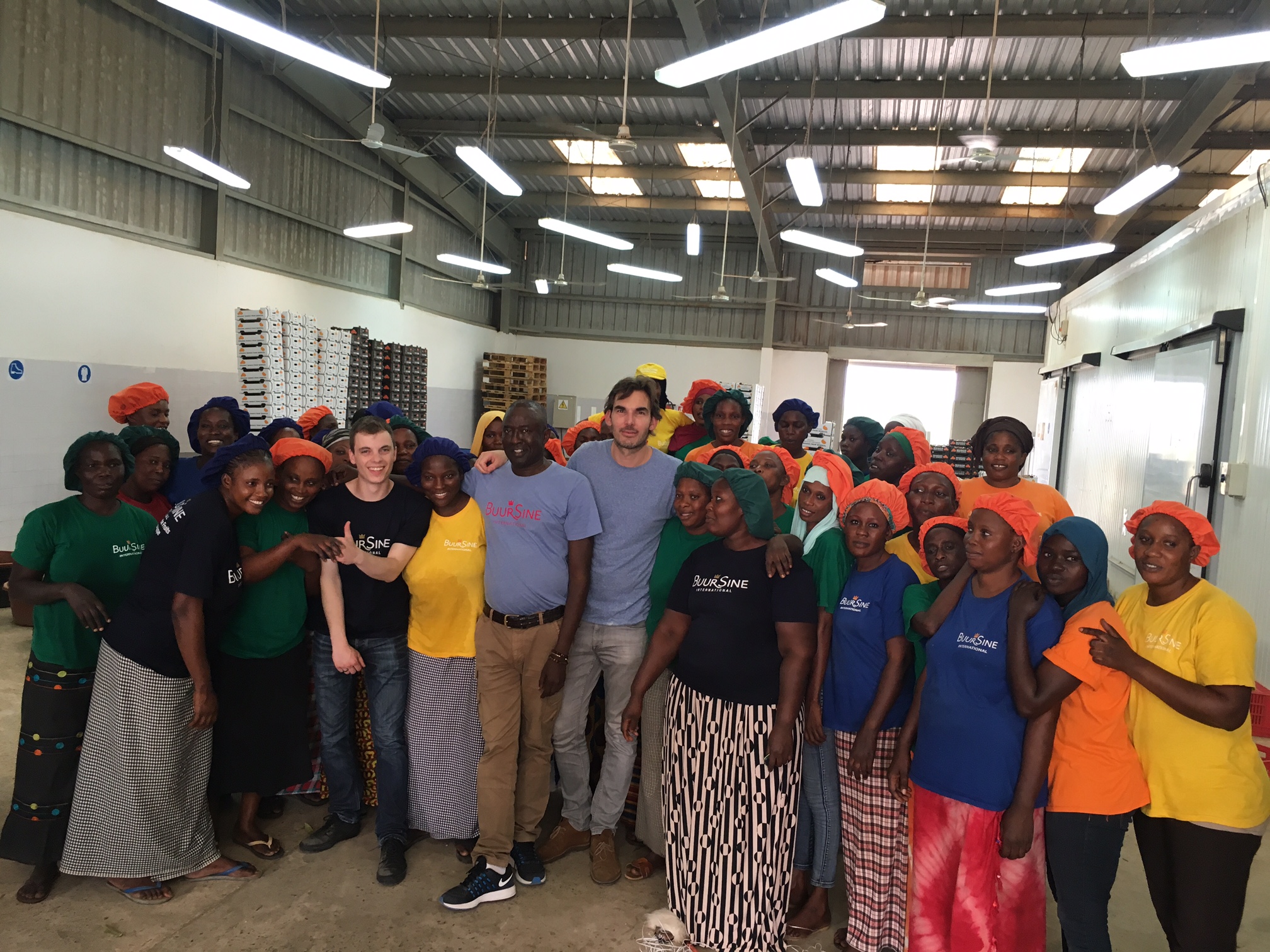 We were in Senegal in July and visited our Senegalese mango supplier Buur Sine. This time, our Dutch employee Joep van Koevorden and our Quality Controller Rick Nap were on-site. Together with Amacodou Diouf, Chairman of the Buur Sine cooperative, they witnessed the harvesting and loading of the organic mangoes. At Buur Sine, the mango season starts at the end of June and runs until the end of August.

The fields of the 75 cooperative members are located in the Niayes region, around 60 kilometres from the capital city and the harbour of Dakar. The cultivation areas are relatively easy to manage: they are between two and five hectares* in size on average. Nonetheless, the mangoes are the main source of income for the small farmers. “Kent” is the name of the mango variety grown by this cooperative. The fruit is round and plump, the skin is somewhere between green-red and yellow-orange. The flavour is sweet and very aromatic, the fruit pulp is succulent and not too fibrous. “The Senegalese mango can only be found on the international market in summer. The packers and employees of Buur Sine take their jobs extremely seriously and endeavour to deliver the quality demanded by Europeans”, says Rick Nap – who was in Senegal for the first time – happily.

Immediately after the mangoes are plucked, the long stems of the fruit are trimmed down. The mangoes are placed downwards on the interface due to the sticky juice which leaks from them; this ensures that the fruits do not stick together. Only then do they reach the packing station where they are washed and sorted according to size.

It is peak season in the packing station, home to around 60 packers. Our employees rolled up their sleeves and got stuck in: together with the packers, they loaded the mangoes into the containers using a forklift truck. “It was really good fun”, says van Koevorden. “I used to work on a market and have driven forklift trucks on numerous occasions. But, as a purchaser, I obviously do not do it as often as I used to”, he adds, grinning. 22 pallets with a total of 240 filled boxes are loaded into one container. Then all it takes is closing the door and fastening the seal – a job completed by Rick Nap. This type of closure may only be used once and thus shows any potential unauthorised manipulation of the container.

The cooperative was established in 2008 at the initiative of BioTropic together with Managing Director Diouf. Buur Sine is an all-in-one partner for small farmers. The cooperative assumes responsibility for the harvesting, quality assurance and packaging of the fruits – and it also provides technical support. With BioTropic as a global distribution partner, the farmers are able to get their foot in the door of international trade and markets. Diouf also supports many other social projects, for example in schools, hospitals and women’s groups.