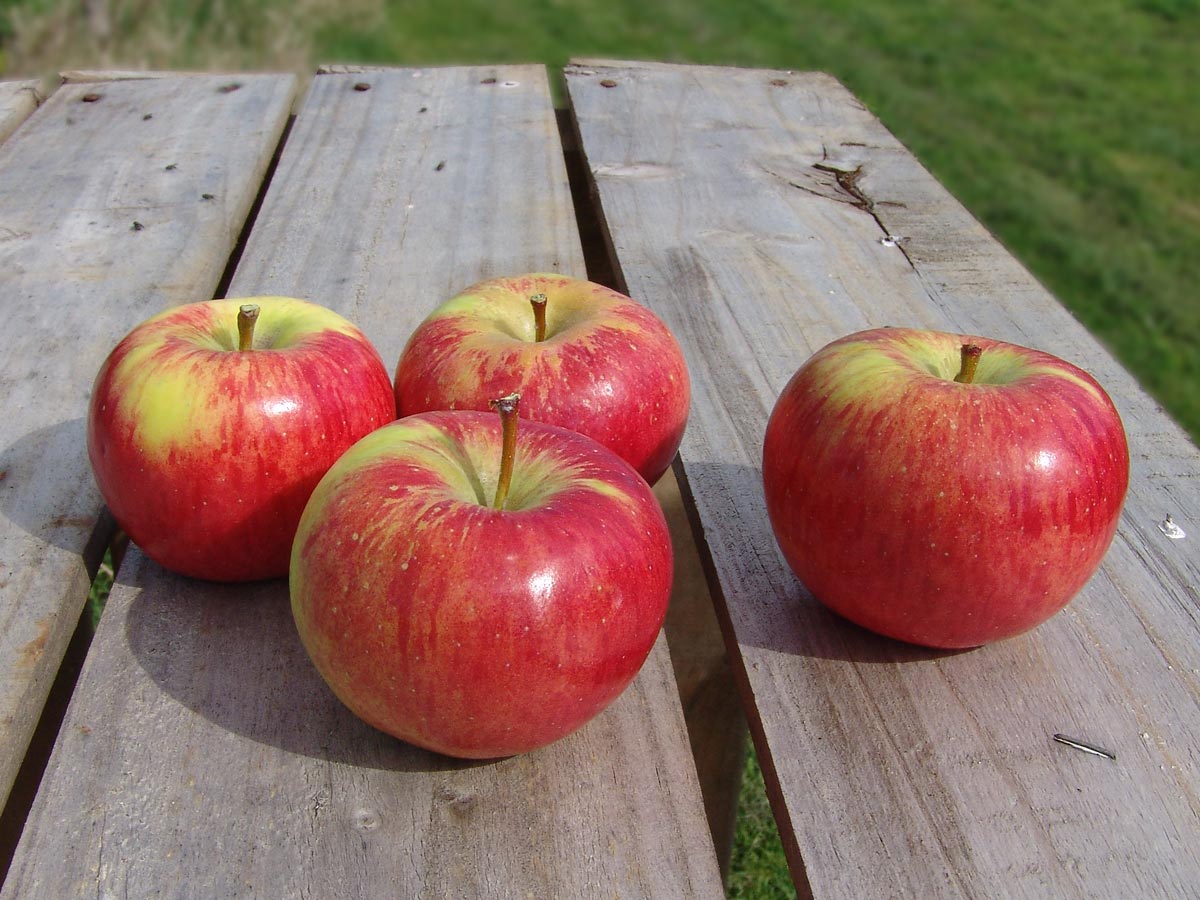 When spring really gets going in Europe, and everywhere plants are sprouting and blooming, the apple season here has long since ended. At this time of year, European apples are only available from cold storage. In other parts of the world, however – in Argentina and New Zealand, for example – juicy-fresh apples are being harvested. But what about sustainability? Don’t these apples require lots of resources? After all, first they need to be transported to Europe.

So is the good apple really a bad apple? The reality is far more complicated. We at BioTropic love regional organic apples as long as they are in season. Once the season is over, however, we look further. Our organic apples from Argentina and New Zealand come from experienced organic farmers. After harvesting, the fruits are always transported to Europe in container ships. These ships are designed for global trade, with a capacity of up to 15,000 containers. As a result, taken as a whole, this is more sustainable than if many smaller ships were to undertake the long journey. Transportation by air, on the other hand, is extremely wasteful of resources. We do not support this practice.

Transportation from Argentina takes around three weeks, and a ship from New Zealand twice as long. To prevent the apples from being overripe when they arrive here, they are refrigerated during their journey.

Even a local apple, from Germany, for example, needs to go into cold storage in October at the latest once it has been harvested. The new apple season does not begin until August of the next year. So if one wanted to still be able to consume this apple, it would be in cold storage for nine to ten months – which would also require resources, however.

Apart from the environmental balance, it also needs to be considered that the apple’s nutritional values will decrease if it is stored too long. We take the view that a tasty, fresh apple with a positive environmental balance is to be preferred to a European apple that has been stored with a high expenditure of energy. Above all, however: we do not live in a greenhouse. If we want to make a difference with organic cultivation, then we must promote it in all parts of the world. Because: globally, organic cultivation accounts for not even two percent of all foodstuffs. (Source: Research Institute of Organic Agriculture – FiBL)

Basically: we regularly ask ourselves whether organic apples (or similar domestic products) have to be available the whole year round. Our customers and the majority of end-consumers, however, answer this question with a clear “yes”.

Several studies now exist on the initial question “Are organic apples from overseas environmentally friendly?” – the best known probably being that of the University of Giessen from 2008. In this, it is ascertained that the environmental balance for domestic and overseas apples is evenly-matched from around April. With every additional week the imported apples have the advantage.