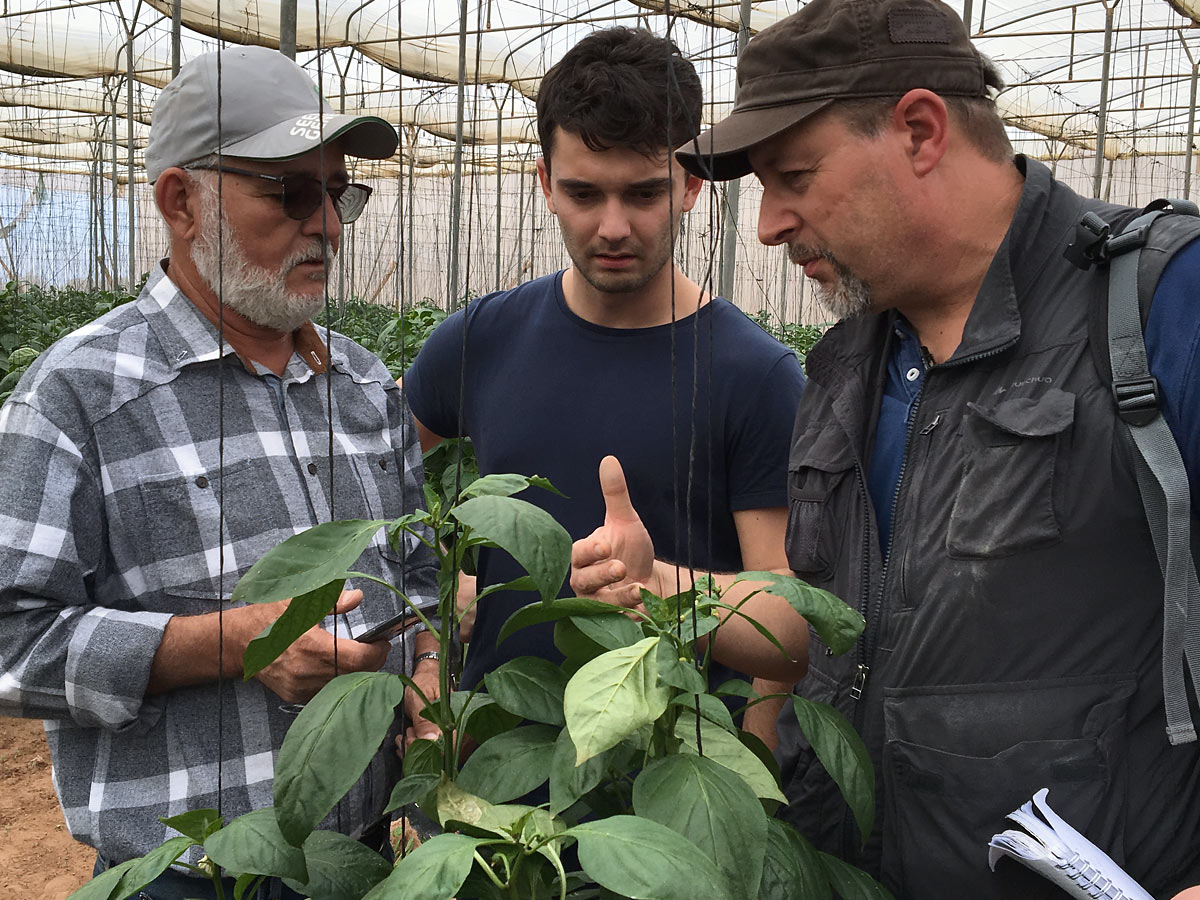 As is the case every year in the autumn, three of our employees packed their bags and travelled to Morocco to “Primeurs Biologiques du Souss” (PBS). They were Odile Bouron and Jean Eric Myr from the French BioTropic office as well as Mauro Finotti, our agricultural engineer from Italy. There they met owner Lahcen El Hjouji and his son Mehdi. PBS is the largest employer in the region for organic fruit and vegetables. We have had a close partnership with the Moroccan organic cultivator since 2008.

PBS’s farms are located in the south-west of Morocco. The Sous region has been an area used for agriculture for centuries due to its fertility. Currently, courgettes, peppers, Lebanese cucumbers and beans are grown at PBS. Lahcen has come to specialise in these four products. The cultivation area, which is approximately 70 hectares in total size, is divided onto three farms. The majority of the plants grow in greenhouses.

“What impresses me most every time is the professionalism with which PBS works”, says Odile Bouron. “New market developments and guidelines are not just understood, but are also applied. Its own, modern packing house as well as certified social standards for the employees and colleagues are a fixed component at PBS.”

While Lahcen and Mehdi showed us the greenhouse cultivation as well as the open land area, Mauro Finotti took various leaf samples again this time. Our agricultural engineer is having them tested against the current state of cultivation in the laboratory.

Odile Bouron assesses the current season as follows: “We expect high demand this year, especially in courgettes. The situation in Europe is easing thanks to the new goods from Morocco.” She adds: “The first courgettes will arrive in Perpignan in the last week in November. We look forward to it!”